The forum is for discussion of club football outside Australia and national team football Please do not post any offensive or malicious comments.

which country will be the first to re-start? looking like Italy or Germany

Rookie wrote:which country will be the first to re-start? looking like Italy or Germany

Yeah the french have, with lawsuits pending. The dutch too and the scots are trying to call it off but are having some trouble counting the votes
Top

how good would this be?

The Premier League has been offered an alternative solution to their suspended season, with Perth considered the "ideal" destination to host the remaining 92 games.


However, it appears Premier League clubs could now relocate altogether after reports emerged of a plan to play out the rest of the season in Western Australia.

English agent Gary Williams has been in talks with several clubs and government authorities about the idea, with lockdown restrictions and confirmed cases far inferior to that of the United Kingdom.


"I have had discussions with contacts at Premier League clubs and they like the idea," Williams told The Sun.

"I have also spoken with government officials and they are enthusiastic. We are speaking again this week.

"Everybody is safe here. The government has lifted many restrictions. We are sitting round in groups of ten, we can walk around and the beaches are open. We have had four new cases in the last ten days."

Optus Stadium, Perth Oval, the WACA, and the Joondalup Arena would all serve host to the Premier League should they proceed with the plan, which would televise games to suit the English audience and afford each team a hotel of their own.

Perth senator Glenn Sterle is equally eager to see the plan come to fruition and moved to ease concern surrounding the spread of the virus.

"We have almost no new cases," he said.

"It would just be a case of some quarantine for our friends when they arrive and then we are up and running."

One club official has since confirmed their interest in the idea, telling The Sun: "We go on world tours in pre-season. This is no different. And the climate in Australia is ideal just now."
Top

And on the subject, not sure how any new season can commence without completion of the current/previous one.

From what I have recently read from Scotland, the Scottish Premiership is almost certainly over for season 2019/2020.
This is not through choice but the current restrictions of Covid dictates that the clubs will be unable to complete the season,
the mean reason being that of finance, or rather the lack of it. Ideally all of the clubs had expressed their wishes to restart the season but they have reluctantly stated that it is looking like mission impossible.
i genuinely believe the biggest losers here are not Rangers (who were/are going to finish runners-up) but Hearts as they are highly likely to be relegated. Yes they do sit rock bottom at present but they did have a reasonable chance to fight for survival- this is harsh and extremely unfortunate for them. That said they have been woeful for most of the season and their league position doesn't lie. Teams like Hamilton, Ross County and St Mirren will no doubt be relieved and not surprisingly these three were among the clubs that rejected the proposal of league reconstruction. This would have thrown Hearts a lifeline but it was firmly rejected by the majority of the clubs.
Unanimously all 12 member clubs (including Hearts and Rangers) have now agreed that the League cannot possibly be finished on the park as was initially hoped. Further more it was accepted that Celtic will be awarded the title when the league season is to be officially terminated. This is not the way Celtic (or their vast support) would have wished to earn their ninth consecutive title but they have indeed earned it. In the short term it may be frowned upon by some who claim it to be a so called *('asterisk') title. They are entitled to their opinion but my opinion is very clear- any professional team that plays thirty or so games in a season and is several points ahead of their nearest rival deserves to be the Champions.
This aside it will be interesting to see if the Scottish Cup (down to last four of Hibs, Hearts, Celtic and Aberdeen) can be completed as it may be penciled in for start of 'next season'.
Rangers had initially mooted the idea of calling 2019/2020 'null and void' but this was quickly undermined by the other clubs (with the exception of Hearts, unsurprisingly) as their motive was one of self-indulgence. Chris Sutton was not slow on the uptake to publicly slate Rangers, stating that they were merely using it to detract from their woeful performances since the turn of the year. Yet for a fleeting moment (or two) Rangers looked like serious title contenders after their 2-1 victory at Celtic Park. Another false dawn for Rangers and their supporters who yearn their first trophy since season 2010/2011.
And so the big question in Scotland for NEXT season- will Gerrard stay at Ibrox in an attempt to prize the League away from Celtic and stop the 10 in a row? I think he will stay if he is seriously backed by the board and pre Christmas this looked highly likely. He had just taken the scalp of Celtic on their home turf and they were going well in Europe. Since the turn of the year their form has been miserable and since Covid surfaced perhaps their financial backing will be severely impacted. How badly does Gerrard want to stay at the club and how badly does the club want to keep him in such a crucial year? Gerrard may be many things but he is certainly no fool in football circles. He will realize the implications of such a pivotal season and the weight of expectation from the fans and the board on his shoulders. I genuinely think it is a 50-50 but could see him walking if another club of a higher status shows a genuine interest in him.
As a Celtic man I would like to see him stay and test my club to the hilt as it would make up for the anti-climax of this season.
Top

I agree it is not ideal but the member clubs have little option.............or perhaps there is- At the eleventh hour they are considering football hubs at 'neutral venues' with various ideas to accommodate the players, officials, fans and media etc.
I would prefer if it was finished properly but the cynic in me says it won't happen.
It could stand a better chance in England but personally I think clubs such as Aston Villa who are known to perform stronger at home will no doubt be concerned and rightly so. That said it is 'fairer' in that the games may be played out which is better than them not going ahead at all. Plus the English game has more money in the coffers to make it work, hence the reason I doubt it will happen in Scotland. Also the political differences and attitudes seem to favour England over Scotland regarding
a restart. I actually think that Nicola Sturgeon is light years ahead of Boris Johnson in this department (dealing with Covid).
Another reason it doesn't look promising for the Scottish game to restart unless there are severe restrictions.
Top

Nicola has to let everyone out at some point, she has to pay some of the bills. When she does then finish the league, summer footie sounds good. Its not like there is cricket to worry about
Top

With 2 Parma players testing positive to COVID-19 over the weekend will this delay the re-start?
Top

Gillard an EPL referee, what a sick joke, he was useless at the WC when he appeared there and he was next to useless when he was in the A-League.

At least he was when he reffed at Hindmarsh - a typical Eastern States twat!
The older I get the better I was.


FOOTBALL IS LIFE
The Rest Is Just Details
Top

Ask him who Gillard is.
Top

GIAE - how do you feel about League One clubs voting to finish the season as it stood prior to Covid-19 shutdown?
My old man is happy as his team is Rotherham and they're now promoted
WHO TOOK MY TV GUIDE???
Top

Did anyone watch PSG v Olympic M. 5 players sent off in 1 incident. Neymar straight red. What a waste of talent. 3 straight losses including UCL final to PSG.
Top

AFL players would laugh at this.
Top

So Neymar has said sorry for his actions but then blamed racism for his outburst from Gonzalez, but then Gonzalez has defended this saying Neymar is just a saw loser,

I know who i would believe in this situation
Top 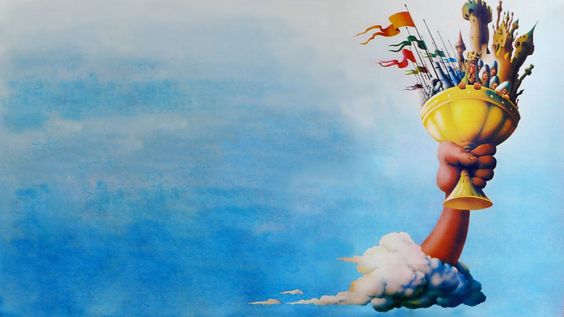 When I am king, you will be first against the wall
With your opinion which is of no consequence at all
Top

Grosso would blame the Anglo's.
Top

Grosso would blame the Anglo's.

Or he may blame 5G in France for player behaviour.
Top

"The game is about glory, it is about doing things in style and with a flourish, about going out and beating the other lot, not waiting for them to die of boredom."
Danny Blanchflower
Top

A saw loser is toothless.
Top

Neymar got off lightly with a mere two match penalty.

The older I get the better I was.